Rongai route is the only route that approaches Kilimanjaro from the north, close to the Kenyan border. Though gaining popularity among climbers, the Rongai route still experiences low traffic.

Rongai is the preferred route for those looking for an alternative to the crowded Marangu route, for those who would like a more remote hike, and for those who are climbing during the rainy season (the north side receives less precipitation).

The minimum number of days required for this route is six days, and seven days are recommended.

Although the scenery is not as varied as the western routes, Rongai makes up for this by passing through true wilderness areas for days before joining the Marangu route at Kibo camp. This route descends down the Marangu route.

Rongai is a moderately difficult route, and is highly recommended, especially for those with less backpacking experience.

Rongai is offered as a seven day group climb, or a six to seven day private climb.

Rongai is a moderately difficult route, and is highly recommended, especially for those with less backpacking experience.

We drive from Moshi to Marangu Gate for permits before taking a short transfer to the Rongai Gate trailhead. The path winds through corn and potato fields and then climbs gently through the forest which is home to a variety of wildlife, including the black and white colobus monkey.

We begin this morning with a steady incline up to Second Cave. We continue trekking though moorland, leaving the main trail for a smaller path towards the jagged peaks of Mawenzi, before finally arriving at Kikelewa Cave for the night.

The hike today is short and steep up a grassy slope. Views of the wilderness area are stunning. As we exit the heath zone and emerge into the Alpine Desert zone, the landscape changes dramatically. Our camp is situated beneath the jagged spires of Mawenzi, at Mawenzi Tarn. The remainder of the day can be spent relaxing or exploring the area.

This is an extra day meant for acclimatization and can be spent day hiking on Mawenzi Ridge. The unique landscape offers motivating views of Kibo and Mawenzi. After spending a few moments exploring the area we head back to Mawenzi Tarn for camp.

We climb gradually, then cross the lunar desert of the “Saddle” between Mawenzi and Kibo. Our camp, Kibo Hut, sits at the bottom of the Kibo crater wall. Once here we rest, enjoy an early dinner to prepare for the summit day.

Very early in the morning (around midnight), we begin our push to the summit. This is the most mentally and physically challenging portion of the trek. The wind and cold at this elevation and time of day can be extreme. We ascend in the darkness for several hours while taking frequent, but short, breaks. At Gilman’s point (18,600 ft), you will be rewarded with the most magnificent sunrise you are ever likely to see coming over Mawenzi Peak. Finally, we arrive at Uhuru Peak- the highest point on Mount Kilimanjaro and the continent of Africa.

After spending a few moments taking in the plains of Africa and your accomplishment, we descend to Horombo Hut. Later in the evening, we enjoy our last dinner on the mountain and a well-earned sleep.

On our last day, we have a long trek mostly downhill through the tropical rainforest. Once at the park headquarters at Marangu gate, we collect our summit certificates. A vehicle will meet us here and drive us back to the hotel in Moshi.

BOOK YOUR RONGAI CLIMB PACKAGE BELOW 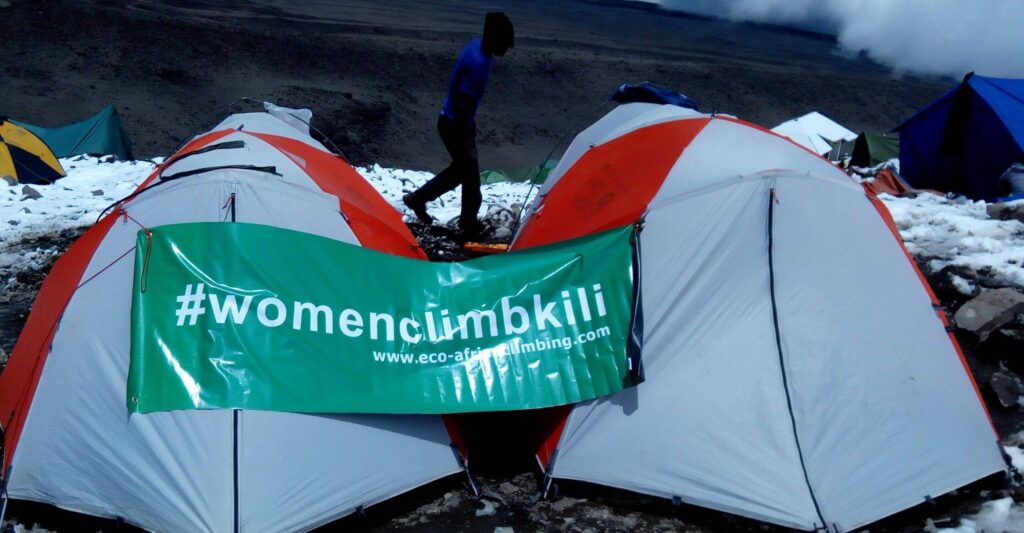 The Rongai route is one of the best routes on Kilimanjaro.The route approaches Mount Kilimanjaro from the kenya ……. 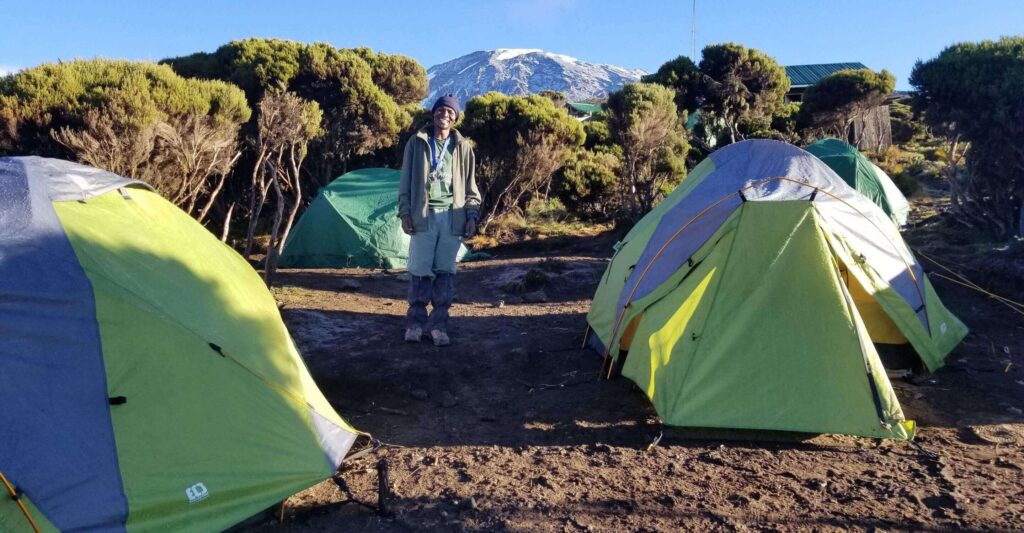 The Rongai route is one of the best routes on Kilimanjaro.The route approaches Mount Kilimanjaro from the kenya ….